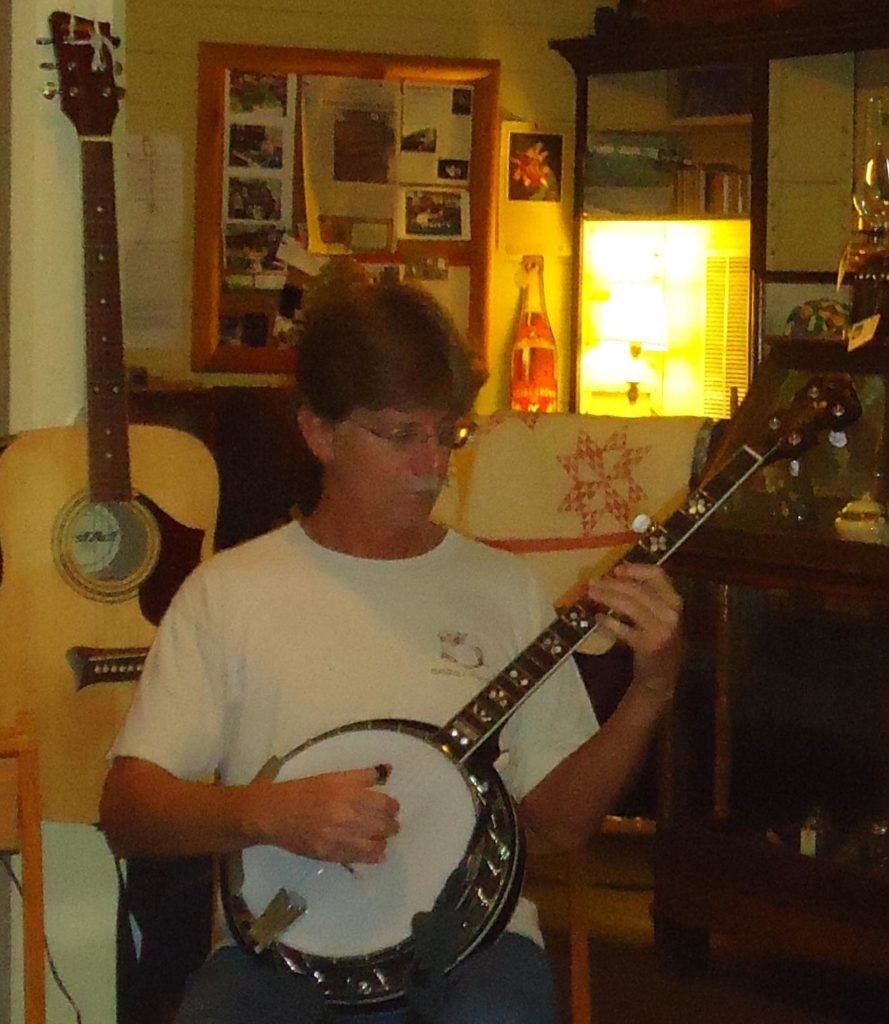 Dave Stewart is a musician who lives deep in the Appalachian Mountains, in Franklin NC since the late 90's. He started playing electric guitar as a rocker in the 70's but branched out to blues, jazz, classical, folk and bluegrass. The latter was mainly influenced by his sister, Helen, who was involved in oldtime and bluegrass music with her guitar and bass, as well as being in the Green Grass Cloggers. Dave started learning the banjo around 1976 and still plays it. More recently he learned the mandolin and now plays solo and with his bands using all three instruments. Dave has even started playing country music from the influence of Judy, his wife.  He's also a songwriter and started a songwriters community in Franklin.